How did gambling evolve over the years?

While wandering in grandiose casinos, while playing high-stakes with professional dealers, or while sitting at home playing live casino games, have you ever wondered how did gambling evolve into what it is today? It’s arguably one of the biggest and fastest-growing industries in the world right now, and it has an equally rich history that has led it to this point.

Let’s explore the broad history of gambling, but hold on to your hats because you might be surprised how it all came to be. 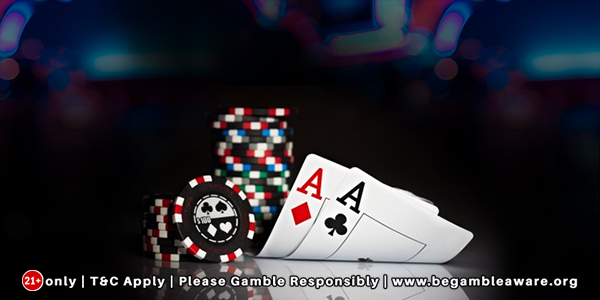 The earliest evidence of betting comes from Ancient China where tiles were unearthed speculated to have been used in a rudimentary game of chance. A book from the same time suggests the tiles were part of a lottery-type game. Keno slips found in 200BC are taken as proof that lotteries were used to fund state works.

The first mention of ‘dice’ in Greek history was found in the writings of a poet named Sophocles in 500BC. However, dice have been uncovered in Egypt as early as 3000BC. Gambling was forbidden in Greece and Rome which may also have been the reason gamblers came up with chips.

Scholars agree that the first playing cards were seen in China in the 9th century. We don’t know what rules they played by, but it is suggested that the cards were both the game and the stake. While some sources believe these cards were just paper forms of Chinese dominoes, we know one thing for sure, those cards bore little resemblance to the standard 52-card decks we use today.

It was in the 1400s when a game was developed that’s still played today — Baccarat. It is a popular spectator sport nowadays, but it took hundreds of years and numerous alterations during its travel around the continents to become what it is today.

More than three games around the 15th-century contest for the position of the real progenitor of Blackjack. But Blackjack arrived in the US as vingt-et-un, a French game in the 17th century. The Americans in Nevada later coined the term ‘Blackjack’ as part of a 10:1 promotion.

Until now, gambling was still in its early stages and people still played irregularly. In the 17th century, the first gambling houses were established that brought control and regulation to the chaotic gambling environment. Gambling took a different path in Europe and the US and led to the creation of the world-famous Las Vegas Strip.

Roulette has a well-documented origin; it came about in the gambling houses of Paris where, ironically, they played what has come to be known as American Roulette. It wasn’t until much later when Monte Carlo adopted the single zero form that European Roulette was born and spread throughout the continent.

On the other hand, it’s much harder to put a finger on Poker’s history. Even the popularity of the game was fairly slow until the start of the world Poker tournaments in Vegas in the 1970s. The game exploded when online Poker was introduced and the televised Poker events started showing players’ hands to the spectators.

The first slot machine was developed in the 1890s. But around the same time, a better version was invented by Charles Fey in San Francisco which proved to be much more practical. With features such as regulated winnings, it marked the start of the real slot game revolution.

Today, we see new leaps in gambling every so often. New games are released by providers and new technologies ensure that we are always at the brink of the next era of games of chance. You can now play live casino games on any device you want — desktop or mobile — and anywhere you’re comfortable. Gambling has always had a love-hate relationship with public opinion, but whether governments were lenient or ruthless, gamblers have always loved their favorite pastime.

Name: How did gambling evolve over the years?
Author: Ashley Spring
Published Date: 12/06/2019