Gambling laws have been implemented quite strictly over casinos in the US. This ensures strict supervision on any illegal activity that might take place through such casinos. The laws remain the same for both online as well as for brick and mortar casinos. It is very important for players to be aware of the rules that are implemented in such an establishment. This might be useful for them to avoid getting into any illegal activity or be a part of it indirectly. It might also allow them to know more about casinos that are potentially not working under the strictures of the government. Thus, such casinos can be avoided. 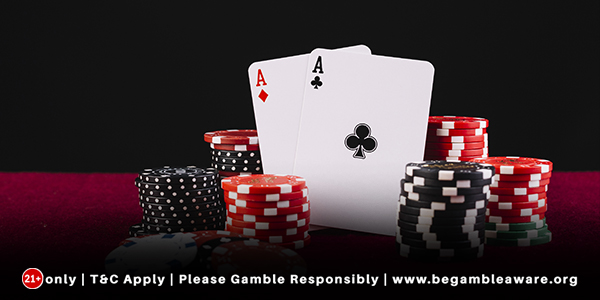 The history behind gambling laws in New Jersey:

Gambling practices were not that extensive in the state of New Jersey until the late 60s. In the year 1969, the first state-run lottery system was established so as to allow the funding of the education system in the state. By the time the demand for casino games had risen, there was a huge gap in providing the services to players living in New Jersey. By 1976, the state of New Jersey completely legalized gambling and had become the second state in the entire country to do so.

Slowly, with the rise in technology, it was prominently observed that the gap could further be sufficed by providing online gambling services. However, over the years, it was not a subject that was favoured by the government of New Jersey. Many bills were passed and subsequently negated between 2000 to 2012. It was only in 2013, that the final bill to approve online gambling was put into effect.

Soon enough as the A2578 bill (the bill that legally approved online gambling practices) was passed, it was needed to ensure that the gambling establishments followed the correct taxation, fees and licensing policies as approved by law. This bill was implemented for both kinds of establishments – online as well as for the land-based. The already established land-based casinos could now set up their own online casino sites by partnering up with a software vendor and applying for a license.

What are the legal obligations for players to avail casino gaming services?

Just as the legal strictures are applied to casino establishments, so is the same for players as well. The legal age to avail services is 21 years of age. Although players do not necessarily have to be residents of the state of New Jersey, they still are legally bound to play in within the borders of the state of New Jersey. If in case someone opts to open and fund for an account from anywhere across the country, they would legally be obliged to not play for real money.

Thus, in order to ascertain that all these rules are followed, casino establishments in NJ have to impose several verification steps for its users. Information such as credit value, social security number as well as geological positions is cross-verified by casinos for them to be compliant with the law.